Trip Advisor had sent me this mail .
Nagzira , Tadoba , we have not visited as yet. It has been a long time since we had visited other places . I thought it would not be proper to write a review based on information which was dated. I had not even passed zero mile marker for some time and no photos.I did some research as to why it is called "Zero Mile"etc  and I went to Zero Mile Marker to see it from a Reviewer of Trip Advisor's point of view :-) . Glad I did  . Learnt a few things . So this blog is about Zero Mile Marker and few things I learnt :-
Zero Mile Marker :-
Every geographic area has a center ergo every country has to have a geographic center. To the best of my knowledge, I know not of any city in the world claiming to be the geographic center of the country. Nagpurians and Nagpur lovers have bestowed this distinction on Nagpur city , in fact geographic center's location is Zero mile spot located on National Highway 7 ( from Kanyakumari to Banaras ), near Reserve Bank and Kasturchand Park Square (Latitude 21°08′59.1″N , Longitude 79°04′49.9″E ).Few years back an Indian Oil Petrol Pump which was located adjacent to this zero mile was closed . Today there is nothing at all to suggest that there once was a petrol pump.  Some effort to beautify zero mile spot has been made by planting a bit of grass ,  Cycus Revoluta and other Palm Plants  and statues of four stallions in full flight . But the plot of land left vacant by petrol pump is an eye sore with bits of garbage and forlorn look about it.Most probably it is now being used as free parking space by customers of Savaji Bhojanalaya located there.

Two views of the horses
at Zero Mile.

All major highways NH-7 ( Varanasi - Kanyakumari ) &  NH-6 (Mumbai - Sambalpur - Calcutta) and major railways trunk route (Mumbai, Chennai, Howrah , Delhi) pass through the city and The honour of being geographical center is by and large true,Particularly for North South axis . However those who are finicky about accuracy may point out that Distances between Kanyakumari in South to Nagpur Zero Mile and further North to a point on Aksai Chinborder are 1450.3 KMs and 1591 KMs respectively. In W-E Axis, Southern most point of Sir Creek in the West to Nagpur Zero Mile and further East to the Eastern most point of Arunachal border, the distances are 1160.1 Kms and 1991.3 KMs respectively. As these points are not equidistance,Nagpur is not EXACT GEOGRAPHIC CENTER of the Country.However considering the vastness of Indian subcontinent and the complexities in shape of the border, it is conceded by all and everyone agrees that Zero Mile is exact geographical center of India .There is also general belief that because this is the Geographical Center and therefore it is called Zero Mile .This is Wrong.

It is called zero Mile due to the location of this small pillar :

This stone pillar is the reason why this spot is "zero mile".
Inscription on vertical face of the pillar reads  " G .T . S . STANDARD BENCH MARK. 1907 "

Inscription on the horizontal stone reads " THE HEIGHT OF THE TOP OF THIS PILLAR IS
1020.171 FEET ABOVE THE MEAN  LEVEL OF THE SEA " .(Note the accuracy to the THIRD degree of decimal)

Location of G T S Pillar behind the horses at Zero mile.

Center of the red circle painted on top of this pillar has great significance as that is the reference point of GTS Bench Mark  going through the photos I was intrigued by all this and decided to do some research.

I learned quite a bit by google search.
" A G.T.S. (Great Trigonometrical Survey) benchmark is a permanently fixed reference survey station (or point), having known elevation with respect to a standard datum (mean sea level). This GTS, at zero mile,  was one of the many such established with great accuracy in what can be termed as One of the most stupendous tasks in the history of science of cartography, started 200 years ago by William Lambton and completed four decades later by George Everest, which resulted in the Great Indian Arc of the Meridian. It is the GTS bench marks like these that helped in eventually  establishing that the Himalayas constituted a mountain range and Mount Everest was the highest point on the earth at 8848 meters ( 29028.87 Feet).Lots and lots of information is available on this . I will strongly recommend going through some of the following links.
http://www.hindu.com/fline/fl1909/19090660.htm
http://en.wikipedia.org/wiki/Great_Trigonometric_Survey

Thus  the GTS mark  was established in Nagpur and because it was the  capital of Central Provinces , this GTS Standard Bench Mark was taken as Chart Detum for extending the surveys to all the central provinces and areas beyond. Being Chart Detum all the distances to various cities were also measured from this G T S  Marker taken as "ZERO" , and only the distances for some surrounding cities were then engraved on the stone slabs at the base of the ZERO MILE PILLAR . And that is how this came to be known as Zero Mile Marker.
In fact reading about that tremendous Great Trigonometric Survey Project which revolutionised the way to look at map making and cartography and significantly improved the science of cartography and map making , towering and visionary personalities of Colonel Lambton , Sir George Everest , Radhanath Sikdar and others . Establishment of GTS at zero mile and all that is part of our history. I felt that if the local administration beautifies the plot left vacant by the petrol pump . Erects beautifully made billboards giving photographs and information about the great project and personalities it will have great impact as the real thing would be just few paces away. It wold greatly contribute to spread the information about zero mile, GTS etc among parents ,children , students and general public.It could be called "ZERO MILE EDUCATION PARK". It would really be a great achievement

Another inscription on the Zero Mile Pillar

Modern Zero Mile Pillar .
Being located on  NH 7 it shows distances to Northern and Southern Destinations as Varanasi 729 KMs, Kanyakumari 1600 KMs ,with Chart Detum being 0 KM on the side :-)

SO NOW WE KNOW THE  HOWS AND  WHYS OF ZERO MILE MARKER , NAGPUR.
Let us hope "ZERO MILE EDUCATION PARK" becomes a reality. 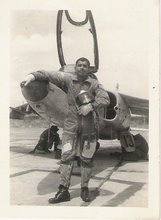